Sist, do you watching the latest Korean drama? Could you give me some recommendation, please?

Hmm, I don’t know. lately I am more into anime than K-drama. Well, the only K-drama I watching is Little Women on Netflix.

I asked her recommendation because we have similar interest of drama. Even we don’t live together I found out we watched the same drama quite often. Sister bond, maybe? Lol.

I asked that because she subscribes to Netflix on her smartphone.

However, the last time I subscribed to Netflix, I watched my favorite korean drama Alchemy of Souls.

When we talked about that, my sister actually offered me to share her account on my smartphone.

Well, I think… it's fine, as long as it's free, right? Hehe. She subscribes to Netflix every month for entertainment watching streaming movies and dramas online.
My sister's work in Kyoto Japan, the busy work hours made her feel tired after returning home. The only entertainment other than hanging out with friends and hunting for food at Japanese cafes is watching live streaming dramas and movies.

Read this : [Japan Movie Review] My Tomorrow, Your Yesterday

I am on the other hand, really love watching Korean drama. I watch dramas on Netflix with a sharing account system with my friends. I didn’t subscribe it myself. But when my Netflix subscription had expired, I didn’t renewed it again.

My daily life revolves around writing articles on blogs and making book reviews. Unlike other people who have free time to watch Korean dramas and movies continuously, I rarely watch Korean dramas marathon because I need to spend up to two days watching dramas.

Read this : [Book Review] The Lazy Cat by Ling Zi

If I watch Korean dramas with 16-20 episodes, it takes me two to three days to sit and watch in front of my smartphone screen. Yes, I really don't watch on smart tv because my tv is still using the old model.

So, is watching Korean dramas on a smartphone easier and more practical for my daily life? For me, yes. I prefer to watch Netflix on my smartphone because it's very simple. Yes, but unlike my mother, who likes to watch her favorite drama program on the television screen.

Television shows almost every day are entertainment for my mother. From Mamah Dedeh's recitation program, dangdut singing competition event, watching soap operas, even the Mandarin movie shown on the television station was watched by my mother.

In my daily life, i like original series Netflix very much, expecially korean drama.

My favourite streaming platform and movie is Netflix. Then, what are the reasons that make me like watching online streaming on Netflix?

1. The price of the sharing system is cheaper because the Netflix application subscription system can be used for 1-4 devices at once, depending on the subscription package chosen by the customer.

2. In my daily life, the selection of favorite movies and dramas is also very diverse. Not only Korean dramas that air on Netflix, but there are also western drama series, Indian movies, Japanese movies, Korean movies, documentary movies, and even Japanese anime series such as SPY x Family which are currently on going.

In fact, in its home country of Japan, the Spy x Family anime is also promoted in the form of a 4D version of the advertisement that looks very real at Shibuya Cross Tokyo, Japan.

3. I can speed up Netflix viewing at 1.5x speed to save time watching my favorite Korean anime and drama movies.

4. The sharing system of online streaming applications with family and friends makes subscription fees more efficient and cheaper for my daily life.

But, did you know that now IndiHome from Telkom Group is offering an offer to bundling prices for online streaming packages?

When choosing to subscribe to IndiHome, which is a well-known Internet Fixed Broadband in Indonesia, customers can also enjoy the selected online streaming service. For example, choose the IndiHome and Netflix bundling packages, then you can pay according to the service fees offered.

I think the price of the IndiHome bundling package is very affordable and cheap. This can help us save money because the cost of the Netflix online streaming service separately is quite draining. So, if you have chosen a bundled package, the cost is much cheaper.

Through the IndiHome internet provider package bundled with the Netflix application, you can feel the thrill of watching your favorite movies, best drama series, selected TV series, to your favorite Netflix Original in one package.

Well, besides that, internet provider customers from IndiHome can also watch a variety of favorite television shows from hundreds of TV channels and you are also free to make calls for up to hundreds of minutes.

For the price of the IndiHome internet provider package bundled with Netflix, the price starts from 415.000 rupiah. Internet Fixed Broadband from IndiHome can be accessed by up to 7 devices with speeds starting from 30 mbps.

What makes it fun is that IndiHome internet provider customers can enjoy all these benefits in one bill! So, you don't have to bother paying IndiHome and Netflix internet bills separately every month.

What are you waiting for? Come on, subscribe now!

Read this : 16 Business Terms in The Korean Drama "Startup" 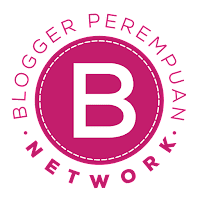